Jokes aside, the social media influencer was recently brought under the spotlight after eagle-eyed Twitter users, including Matt Navarra, former Director of Social at The Next Web, pointed out that the very same clouds were “spookily” popping up in several of her outdoor shots.

The Buenos Aires-based blogger was astounded at the attention, telling that she couldn’t believe “how far it went,” adding laughing-crying emojis in her email.

“I really don’t see the big deal [here],” she said, stressing that she “never lied” about editing her photos and followers were “always aware” about which software she used.

Saravia detailed that she frequently uses a free photo-editing app named Enlight Quickshot, which comes with a cloud filter called ‘Sky Control’. While there are several cloud patterns in the app, she is partial to one.

The blogger even recounted being “the first one” to joke that the clouds “are following me around the world.”

“I haven’t done anything wrong, and it was never my intention,” she defended. 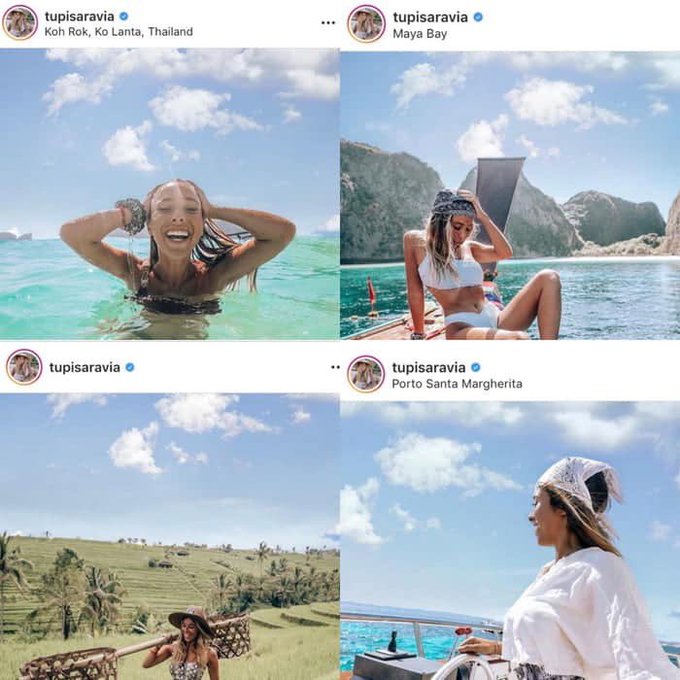 Those clouds are loyal followers ☺️

She is an argentinian influencer (this tweet is so copied), she stated a HUNDRED times that she edits her photos, she even showed how and what app she uses, quickshot.