Skip to content
« Photographer traveled the world photographing girls in beautiful landscapes
Europe In 1904: How Everything Looked Before Modern Technology »

A street food restaurant run by a 70-year-old Thai woman has won a Michelin star. Filled with dilapidated colonial buildings and river canals stemming from the mighty Chao Praya, the area also houses other popular local eateries such as Thipsamai, Krua Apsorn and Chote Chitre.

A few hundred metres northwest you’ll step into seedy district of backpacker hedonism that is Khao San, which threatens to unfurl into the charming district with each passing year, adding modern hostels and cafes to its rustic alleys.

Open from 3pm until 2am every day except Sunday, Jay Fai dons ruby-coloured lipstick and goggles to protect her eyes from the splashes of hot oil from the three huge pans over wood fires that she helms, with only one other person at her side, plus two other women seating customers and taking orders. 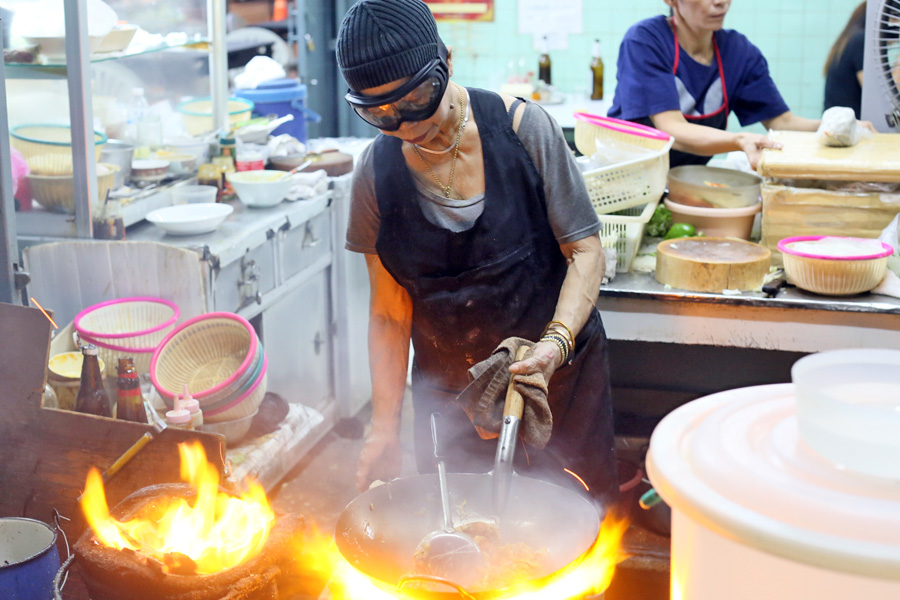 Each of the dishes ordered is cooked one at a time by her, to perfection, with a method that that produces noodle dishes that are not greasy or loaded with MSG for flavour. The two dishes people queue here for daily are the crab omelette and drunken noodles. 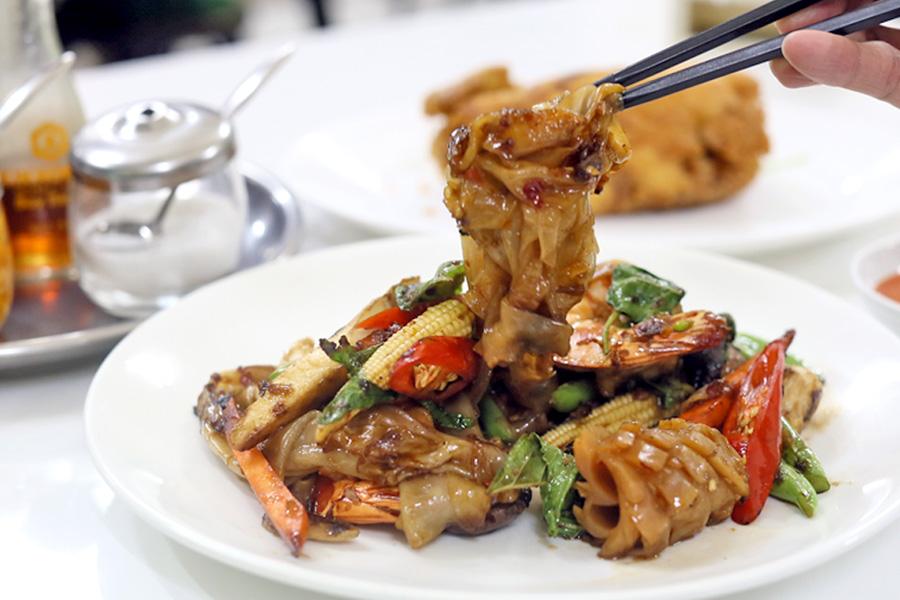 There’s not a single table in the house that has food. A lot of food is being made, and taken away by  customers.

The bills. Equals to about 70 USD. This is expensive for street food. But always worth it, and the cheapest (only) Michelin star quality meal I’ll probably ever have.